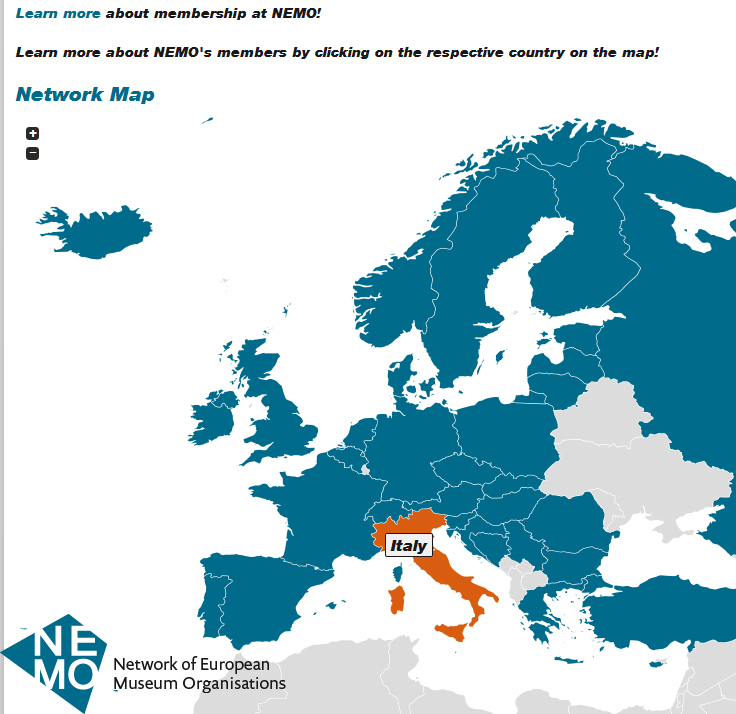 MICC – Media Integratione and Communication Center and Image Communication Laboratory, following the participation in the NEMO 22nd Annual Conference on 6-8 November 2014 in Bologna,  with the project SmartArt,  has become associated member of  NEMO – The Network of European Museum Organisations.
Paolo Mazzanti, the referent representing MICC, is part of NEMO’s working group LEM – The Learning Museum.

About NEMO:
http://www.ne-mo.org/
The Network of European Museum Organisations (NEMO) was founded in 1992 as an independent network of national museum organisations representing the museum community of the member states of the Council of Europe. Together, NEMO’s members speak for over 30.000 museums across Europe.

View all posts by mazzanti →