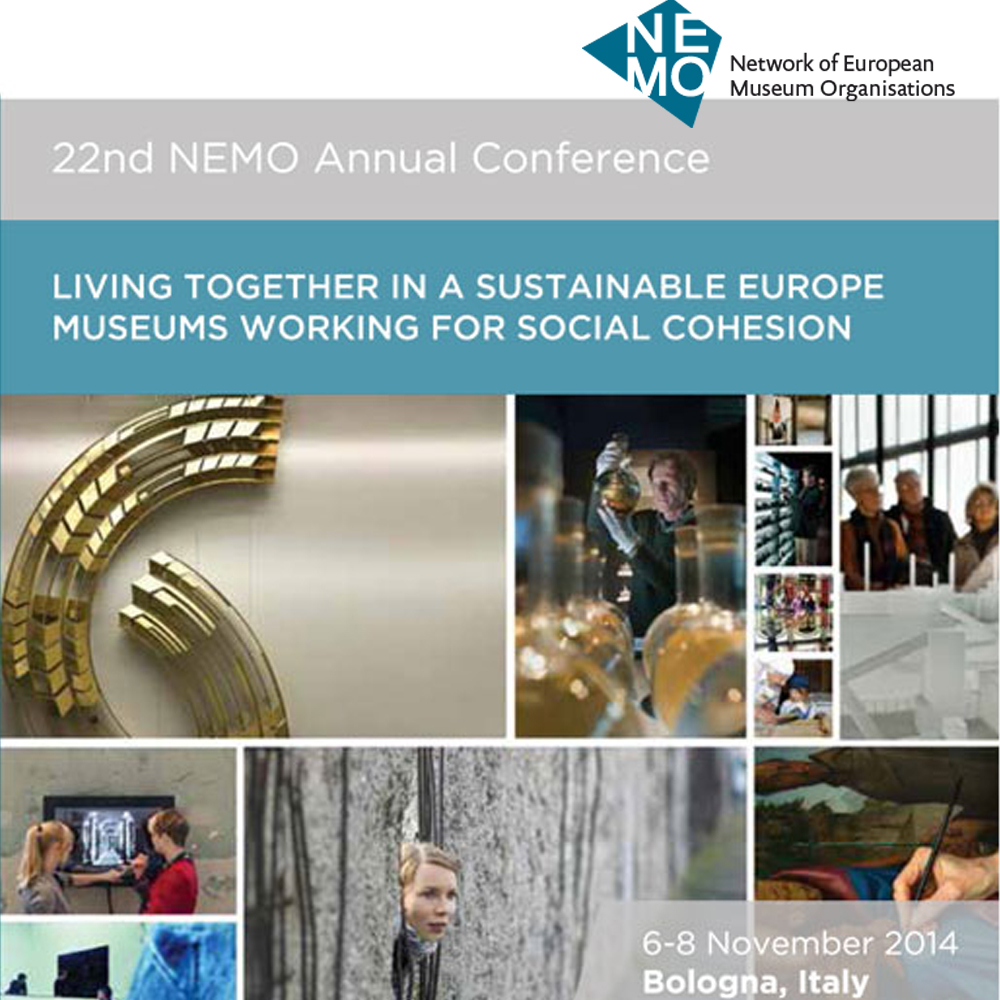 SMartART partecipates  at  NEMO 22nd Annual Conference on 6-8 November 2014 in Bologna, Italy. “LIVING TOGETHER IN A SUSTAINABLE EUROPE – MUSEUMS WORKING FOR SOCIAL COHESION”

Starting from the central assumption that museums can play a central role in society, what can they do in times of economic and social stress (just to name a few issues hyper-nationalism, inter-religious problems, social tensions, political polarisation, emphasis of most European policies on economics and competition, movements against foreigners), areas where politics have failed to develop and respond with appropriate instruments, where civil society organisations and culture in particular, might have a better position to act on.

In addition, more generally, we want to reflect on the role and contribution that museums can provide to making life in cities sustainable, to reinforcing cohesive social fabric, to building strong and reflected identities, to offering opportunities for self-expression and self-determination of different sections of the population, including various disadvantaged groups.

How are these questions embedded in the vision of the “Project Europe”; was does Europe hold for citizens, for museums? How can the museum sector, the museum community contribute to the European values, which models and ideas are transferrable and which visions should be adopted by museums at large when reflecting on their role for society. These questions are debated in particular in connection to Italy holding the EU presidency during this period, explicitly having on their agenda the topic of culture contributing to sustainable societies.

Have a look at the programme and speakers HERE

View all posts by mazzanti →